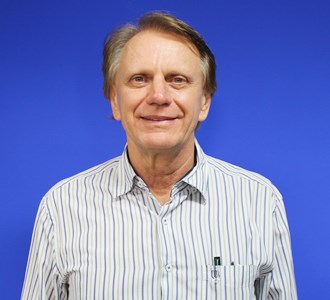 “We are experiencing the second cycle of tropical agricultural revolution. Minimal things such as genes, atoms and neurons are pillars of this development, “said Silvio Crestana, the founder of “Instrumentation Embrapa” in a speech given to employees of Portal DBO, a magazine in Brazil for agriculture and technology.

“We have already mastered some upfront technologies that makes impact in agriculture: precision agriculture and biotechnology - 90% of our soybeans and almost 90% of the corn is genetically modified,” he says. The current frontier of knowledge is nanotechnology. Then come the cognitive sciences - that bring artificial intelligence, robotics, and psychology in the game.

When converge, these fields produce fantastic results. The fertilizers area, a work at Embrapa Instrumentation, in São Carlos, uses smart fertilizer. “Fertilizers that do not release nitrogen and potassium when it rains, only when the plant needs it. This is a revolution, “explains Crestana.

Another breakthrough is the biofilms that yields up to two weeks longer protection for fruit and facilitate the export logistics. “We have made experiments that have increased the shelf life of an apple to 30 days using a basic substance called zein, a protein that comes from corn,” he says. It functions as a kind of natural protection that covers the apple and kills fungi and bacteria that would reduce its shelf life. “The fruit looks just like any other fruit with the same appearance just because nanofilms is not even visible for the human eye,” he explains.

No less surprising are 3D printers who will be the next important tool for agriculture. According to Crestana, researchers at Cornell University in US are already working to print food. “You go with the molecules of food and make it happen. And so it is here, it is not futurology, it is what is happening now, “he adds.

3D Printing with food is indeed not something old as the progress is going really good. Just recently scientist have been able to 3D print living organs, which indicates that the technology will and can be applied for the food and agricultural industry.